The Story Behind the Against All Enemies Trilogy, by H. L. Wegley


Though their ancestors were German, my grandfather and grandmother lived in the Volga River area of Russia where they were persecuted by the Bolsheviks in the early part of the Russian Revolution. When this group of early communists killed my great-grandfather for not giving them his crops, the rest of the family fled back to Germany and continued on to New York, seeking freedom. Like so many immigrants of the early 20th century, they literally kissed the ground on Ellis Island.


Like my grandparents, I love this country. But we have strayed far from the intent of our founding fathers, men who crafted a constitution explicitly designed to keep us from tyranny. It is now possible for the executive branch to consolidate sufficient power for a corrupt, tyranny-minded president to seize complete control of the nation. But, after seizing control, could a president actually retain it, indefinitely? Why or why not? I’ll leave that as a homework exercise for those who read book 1, Voice in the Wilderness.


Book 2 in the Against All Enemies series, Voice of Freedom provides my thoughts on how we might re-establish the rule of law and prevent future centralization of power in any one branch of government.


Book 3, which I’m currently editing and polishing, is a prequel that deals with immigration issues and drug cartel operations, but does so with a much different focus than anything you will read in the media.


There are three aspects to each novel in this series. First, the stories are fast-paced, intense, action-packed thrillers told in a clean manner—PG to perhaps PG-13 for a little violence but with nothing graphic. Second, there are many political and philosophical asides to each story that make them political thrillers with rich content, content that might not sit well with folks who think Karl Marx was spot on as an economist and/or philosopher. And third, each story has a strong romance thread that is tightly interwoven with the politics and the thriller-level action.


Each novel contains the story of one of the three main couples in the series. Book 1, Voice in the Wilderness, features Brock Daniels and KC Banning, who have known each other since they were kids. Because I’ve known my wife since we were about 3 or 4 years old, this was a fun story to tell—how a childhood friendship develops into something much more.


Book 2, Voice of Freedom, was more challenging in that I wanted to show how God brings people together such that their relationship can shape and mold them into the people He intended them to be. This story pits a missionary kid who thinks she’s a pacifist, Julia Weiss, against warrior and Army Ranger, Steve Bancroft, a weapons sergeant, a man highly skilled in the art of blowing up things and shooting people with virtually any weapon used by any military in the world. Water and oil? Maybe … but maybe not.


Book 3, Chasing Freedom, is a prequel that takes place 4 years before book 1. It tells the story of Jeff and Allie Jacobs, a couple already married in book 1. Jeff, a disgraced US Olympic gold medal contender in the decathlon, must rescue Alejandra (Allie) Santiago from a drug cartel which is labor trafficking her. Jeff, a strong Christian, wants to regain his honor, while Allie needs to find God. What they both find is plenty of danger from cartel thugs and from the volatility of US immigration courts.


With Against All Enemies the reader will get thrillers gritty enough for a guy but not offensive to women readers. That was my goal and, so far, the reviews say that the stories have hit the target.


All eyes are on America as the nation writhes under a tyrant’s grip.

Six Americans who spawned a resistance movement against tyrant Abe Hannan, are hiding on the Israeli coast. Steve Bancroft, an Army Ranger protecting the other five Americans, is drawn to Julia Weiss, who reminds him of the twin sister who died under his protection. Julia, a petite woman with strengths that belie her stature, has horrific images of war etched on her mind, making Steve the kind of person her pacifist thinking rejects.


President Abe Hannan, in a stalemate with the insurgents, gambles to crush the heart of the resistance, Brock Daniels, KC Banning, and their four friends, in a winner-takes-all battle determining the future of America. If Steve and Julia survive, can they overcome the demons from their past and find hope for their future? 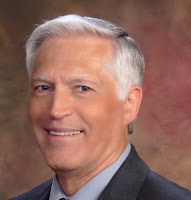 Voice of Freedom is an action-packed political thriller set in the immediate future, a story spanning the globe from Israel to Canada and from Washington DC to Oregon, a story for the time in which we live, a story of faith, hope, courage, and love.

H. L. Wegley served as an Air Force Intelligence Analyst and a Weather Officer. In civilian life, he worked as a research scientist, publishing in the scientific literature, then developed Boeing computing systems for 20 years before retiring near Seattle. He is a multi-published author with a 4-book inspirational thriller series, 3-book political thriller series, 2 nonfiction books, and several more novels on the way.


Posted by Peggy Blann Phifer at 1:00 AM