What Child is This? ~ Ada Brownell

WHAT CHILD IS THIS?

Can you imagine the chaos if identification on newborns in large hospitals disappeared?

“Whose baby is this?” nurses would say over and over as an expert checked tiny footprints.

“What Child is this?” often is asked near Christmas. William Chatterton Dix, struck with a near-fatal illness at age 29 asked the question. Confined to his bed for months in 1865, he looked to Jesus, the babe born in Bethlehem so many years before. Was the Christ child different from everyone else born into the world?

Some people put Jesus on the same level as Mother Theresa, Mahatma Gandhi, the Pope, Moses, and other famous religious personalities. Some religions teach Jesus was a great prophet but deny His deity. Author Josh McDowell says in his book, Evidence that Demands a Verdict, that Jesus can’t be identified as a great moral teacher because He claimed to be God. “He is either a liar, lunatic or the Lord.”[1]

Who was the babe in the manger?

Dix searched for an answer to the question and wrote a song titled “What Child is this?”  set to the music of Greensleeves, a 16th Century English tune.
Down through the centuries, people asked, “Who is Jesus?”

Scripture reveals who the Child is. My Bible has 1,448 pages filled with the story of the Messiah-Redeemer—promised right after Adam and Eve became subject to sickness and death.[2] God warned the couple if they ate of the Tree of Knowledge of Good and Evil, they would die.

The couple took the reptile’s advice and the venom of Satan’s lie fills every urn and grave since then. Adam and Eve understood sin’s tragedy when they grieved at the grave of a dead son, killed by his brother.

Although God’s justice required severe consequences for sin, He promised redemption as soon as the first couple disobeyed. Sin is so terrible God required blood to forgive it. Beautiful animals lay over altars, blood dripping over the stones until God gave His one and only Son as The Promised Redeemer who showed up on earth in the body of a tiny baby.

Prophets testified about the details of the Messiah’s birth, death and resurrection thousands of years before He came.

Jesus was unlike any baby born. He was God in human flesh, yet we are invited to know Him personally. According to Rev. 3:19-21, Jesus stands outside the door to our lives and knocks. He says, “If anyone hears my voice and opens the door, I will come in and eat with him. The last chapter of Revelation declares, “The Spirit and the bride say, ‘Come!’ Whoever is thirsty, let him come; and whoever wishes, let him take the free gift of the water of life.”

What Child is this? Humankind’s only hope. 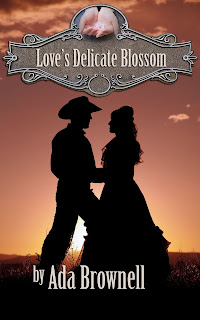 Edmund Pritchett III wants to marry Ritah Irene O’Casey, but she says wait. The beautiful redhead is trying to rescue Tulip, a 14-year-old orphan kidnapped by Henry Hunter to work in his brother, and Ritah doesn’t have much time. She has a train ticket to go to college and hopes to fulfill her dreams.

Ritah wants to become a teacher who can help widows keep their children when tragedy strikes. She also wants to teach mothers how to prevent dangerous diseases and treat health problems, in an era when few have access to a doctor and too many children die. Instead, Ritah ends up fighting for the lives of injured soldiers in a World War I Army health clinic and finds her own life threatened by illness as well as sorrow.

But Ritah finds a teaching job in Penokee, Kansas, and there Joe Nichols, a handsome farmer, edges his way into her heart. But Edmund Pritchett III isn’t giving up, and neither is Henry Hunter, who is still after Tulip and about to open his brothel.

Will Rita be able to continue to fight for women and families, understand enduring love, decide on the man she loves, and defend herself and her students when Henry Hunter bursts into the school shooting a pistol?

COMMENT FROM A READER: “Your book set a tone and world from your grandmother’s time, the historical elements are what readers read the genre for.”
https://www.amazon.com/dp/1731156065 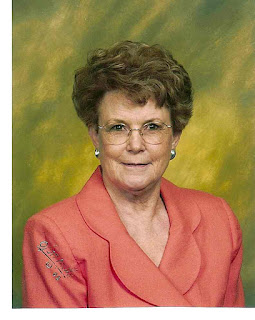 MEET ADA BROWNELL:
Ada Brownell blogs and writes with Stick-to-Your-Soul Encouragement. She is the author of nine books, more than 350 stories and articles in Christian publications, and she spent a large chunk of her life as a journalist, mostly for The Pueblo Chieftain in Colorado. She and her husband L.C., have five children, one of them in heaven, eight wonderful grandchildren. and three great-grandchildren.

Her book, The Lady Fugitive, the first book in the Peaches and Dreams series was a finalist for the 2015 Laurel Award.

Posted by Peggy Blann Phifer at 6:00 AM

Email ThisBlogThis!Share to TwitterShare to FacebookShare to Pinterest
Labels: Ada Brownell, Christmas, Guest Blogger, Nativity, What Child is This?