~ a 'Behind the Story' post by ,Jim Carroll,
PLUS giveaway. (Details below)

After halfway retirement, I decided to take up fiction writing, something I had long intended. Since I had more than forty years’ experience in scientific writing related to my medical research career, I thought: no problem. So I began to write some stories and even a novel related to my experiences in the Middle East. I took my work to a writers’ conference where everyone was polite and kind, but I got the message. The stuff really wasn’t any good.

But I did get a helpful suggestion. My wife and I had served as missionaries in Kuwait back in the late 80’s and early 90’s. While my wife was back in the US awaiting surgery for one of our seven children, I ended up trapped in the US Embassy in Kuwait when the Iraqis invaded in August 1990. Their suggestion, “That’s a great story. Why don’t you write about that?”

My time surrounded by a half million Iraqi troops was scary, and I didn’t know if I was getting out alive. In order to preserve a record for my family if I didn’t make it home, I kept a detailed journal. My wife, Shirley, did the same as she fretted back in Augusta, Georgia with seven children and no money. Faith in Crisis – How God Shows Up When You Need Him Most pretty much wrote itself.

But I still had to learn how to write fiction (still learning). Scientific writing is ‘telling.’ “The rats were sacrificed for scientific analysis.” I had to learn to ‘show.’ “As I approached the cage, the rat perked up his ears. The hair on his back stiffened straight up. When I opened the cage, he bared in his front teeth.” There’s little place for “showing” in scientific writing.

I don’t know why it was so hard for me to get difference between telling and showing. I’m still dense on it. But after lots of criticisms, Kuwaiti Seeker was born.
Why Kuwaiti Seeker? The Lord developed in us a love for the Kuwaiti people. The novel is a prayer for their conversion. 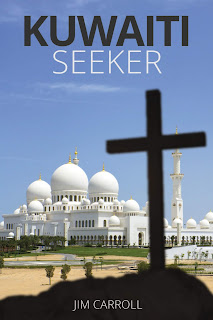 About the Book:
Yacoub, a young Kuwaiti, pursues truth in Islam. His search takes him to King’s College, London, where he abandons his traditional Islamic morals, and then to the University of Arizona for his PhD in the history of Islamic law. In his thesis, he confronts the Sunni hadiths, the words and deeds of the prophet Mohammed. Frustrated by his discoveries that many hadiths are not authentic, he continues as a Muslim, but one no longer grounded in his beliefs.

His PhD professor lures him into an affair and bears his child. Yacoub kills a child in an auto accident and avoids legal consequences through his family’s wealth.
Upon return to Kuwait to teach at Kuwait University, he marries Rabea, who becomes a Christian solely through her Bible reading. She can’t convince Yacoub. He proceeds with his shrewd lies as he cheats in currency trading and assists the Iraqis in obtaining nerve gas. He flees Kuwait and deserts his family during the Iraqi invasion.

But Rabea is still there waiting when he returns. See how God saves the reluctant Yacoub. See how much God cares for you. 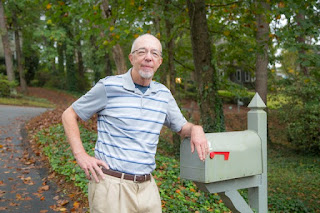 About Jim:
Jim and his wife, Shirley, live in Augusta, Georgia. They have been married for 50+ years with eight children and fifteen grandchildren. Jim is a physician on the faculty at the Medical College of Georgia and an elder at First Presbyterian Church.

Jim and his family served as missionaries in Kuwait. He was held hostage in the US Embassy in Kuwait during the Iraq invasion. He has worked and traveled extensively in the Middle East.

Jim writes about the Middle East, the weakness of men and women, and the strength of God.

Books by Jim:
Faith in Crisis – How God Shows Up When You Need Him Most
Diwaniya Stories
Kuwaiti Seeker

About the Giveaway:
Jim is offering to give away TWO paperback copies of Kuwaiti Seeker to two of my readers who leave a comment. Winner will be notified via email, so be sure to leave that information in your comment. Giveaway ends one week from today, July 3, 2018, at Midnight, CDT.