The Writer’s Calling
By Sherri Stewart
When I read the biographies of other writers, it always amazes me how early the writing bug caught them. Some say they started writing stories as soon as they learned to form letters. Others say they filled journals with short stories when they were in high school.
That wasn’t my experience.

If we can judge calling by what we were drawn to as children, my calling would have been teaching. I was cleaning out my mother’s attic in preparation for putting her house up for sale, and I unearthed my early report cards at the bottom of a container holding plastic plant arrangements and old Christmas cards. Apparently, my kindergarten teacher was “concerned.” She wrote that I had a proclivity for helping other students do their work instead of my own. She even suggested that my mother should consider seeking professional help for me.

Yes, Mrs. McDonald might have been right about me seeking professional help. Yet she should have recognized a budding teacher. And I did end up teaching for most of my adult life, yet I always wanted something more, and God permitted me short times to realize my dreams. In my twenties, I was a flight attendant, a very cool job. In my thirties, I taught in Christian schools and studied zoology. In my forties, I was a principal. In my fifties, I passed the California bar and worked for an immigration law firm. And in my sixties, I became a writer.

Eleven books later, I’ve come to realize two things: Callings change many times, and vocation doesn’t matter. God is at work around us. If we listen with a heart to obey even if it means making major or minor adjustments in our lives, He calls us to join him in His work. That’s what I want more than anything. To be sensitive to His slightest prompt. To be open to move at a moment’s notice. To have enough faith to put logic and comfort aside and step out. Abraham did it. Moses did it. The disciples did it. Paul did it. Corrie Ten Boom did it. I want my name to be on the list. 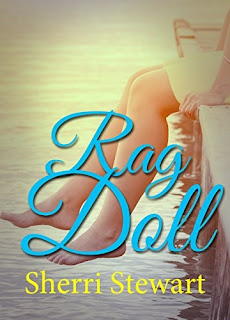 Ramona Hathaway dreams of becoming a fashion designer, which will give her a chance to escape her daily struggles with a drunk stepfather and cross the railroad tracks for the last time. But she’s also a realist—with one ragged dress to her name, no one gives her a second glance. Until she meets Ben Farris, the son of the wealthiest man in town. Their love deepens with every tryst on Hidden Ledge.

But when Ben’s father finds out, he issues an ultimatum—promise never to see Ben again and he’ll help her realize her dream, but if she refuses, he’ll make sure she spends the next ten years in prison for what she did to her stepfather. 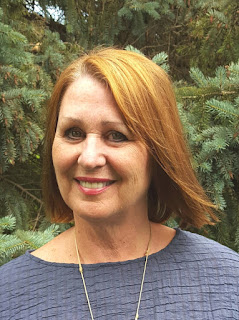 Sherri Stewart loves a good suspense novel. When life threw a curve at her family, she picked up pen and paper (well, she opened her laptop) and started writing. Was it therapy or an obsession? Probably both. Her careers as teacher, principal, flight attendant and lawyer have provided fodder for her books. She's a member of Word Weavers, ACFW, (American Christian Fiction Writers) and the California Bar. She lives in the Orlando area with her husband Bobby, son Joshua, and Lilith the dog. When she's not writing or teaching, you'll find her walking the Disney parks for exercise and thinking through plot lines.