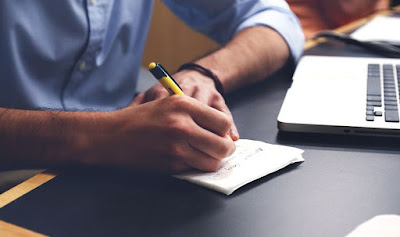 Please welcome newly published author Mike Garrett who has graciously consented to answer a few interview questions for us.

Tell us about your Writing

Have you been previously published?

Innocence Denied is my first attempt at Christian fiction. My secular novel, Keeper, was published almost thirty years ago. It sold out its initial printing and was optioned for a movie.

One of my early publishing experiences was with Dun’s Review, a business magazine. I wrote a short humor piece for them that was subsequently reprinted around the world.

How was writing a Christian novel different from your secular fiction?

With Keeper, I focused on establishing a career and building a name for myself. There was none of that this time; no profit motive and no desire to be in the spotlight. I did it solely to serve God through his spiritual gifts. This one is for Him, not me. He inspired me all along the way to such a degree that I don’t even feel comfortable taking credit for it. It was as if I was the keyboard and He was the typist.

When reading, what is your favorite genre?

For secular fiction, I enjoy Harlan Coben’s stand-alone suspense novels. He knows how to keep the pages turning, and I appreciate that in an author. I tried to do that in Innocence Denied. For Christian fiction, I prefer Terri Blackstock.

How similar are you to your hero/heroines?

There’s a lot of me in Derrick, though I’m not nearly as good a man as he. I’ve got a long way to go for that. To me he represents what I could be at my best, almost a role model, and I strive to keep moving toward that goal.

Let's talk about your book:

Is there a theme verse that holds this story together?

Matthew 3:16: “Let your light shine before others, that they may see your good deeds and glorify your Father in heaven.” (GNT)

I considered alternate titles, one of which was actually One Good Deed.
The purpose of Innocence Denied is to reach unbelievers and give fellow Christians an example of non-threatening witnessing that they may put to good use at some time. When I finished the novel,  I felt God urge me to investigate commercial publication because that could reach more people in need of its message, but I found little initial success. My own literary agent didn’t like it, and I couldn’t get any other agents to even look at it. I was about to give up when God led me to CrossLink, a Christian publisher with a more broad approach to publishing, and they saw the merit in what I was attempting to do.

What takeaway value do you want readers to gain from your novel?

Innocence Denied offers several messages, one of which is it’s often more difficult to accept God’s forgiveness than it is to forgive yourself. Another is an illustration of how, even when you’re facing dire circumstances of your own, it’s best to focus on the plight of others.

I pray readers will see the importance of living life selflessly. 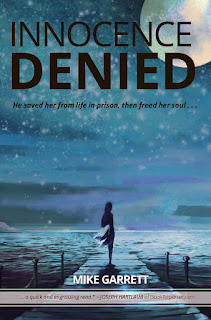 Derrick Walton is a Christian on a mission, risking his own life to save an unbelieving woman in distress.

Larissa Baxter is a gorgeous socialite who has always relied on her striking beauty to get what she wants. After being falsely arrested for murder and posting bail, however, she faces life in prison. As a fugitive, she must do what, to her, is the unthinkable--de-emphasize her looks to appear as average as possible and avoid undue attention.

After their paths cross, they hide in isolation as a nationwide manhunt ensues, and Derrick realizes that the most important rescue of all still awaits--saving Larissa's soul.

God wanted him to save her if it was the last thing he did ... and it likely would be. 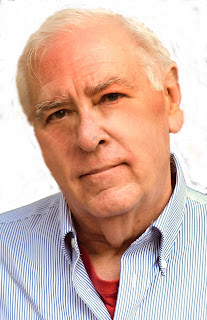 MIKE GARRETT is a devout Christian and life-long resident of Alabama. His world revolves around God, his wife Sharon, two adult children, five grandchildren, and one granddog. He has worked in an editorial capacity with best-selling authors, has served over 2500 international clients as an independent editor, and is recognized as Stephen King’s first editor and publisher. He has also taught writing workshops at colleges and universities across the nation. His editorial services website is

About the Giveaway:
Mike is offering an eBook copy of Innocence Denied to one of this blog's readers. To enter, just leave a comment below with your name and contact information (e.g: you (at)123xyz(dot)com) so we can notify you if you're the winner. Very important. Giveaway runs for one week from today, ending January 30, at MIDNIGHT, CST.
Winner will be drawn through random.org and notified on Thursday via email.

Thanks, Mike, for spending some time with us today. Blessings ...