Hello Whispers in Purple readers, Author Allen Steadham is my guest today and has graciously consented to answer a few interview questions for us. So pull up a chair, grab your favorite beverage, and join us. Oh, yeah, there's a giveaway, too.

WELCOME, Allen. Are you ready?

How long have you been writing?
I have been writing since I was ten years old. I began by writing and drawing my own original comic books. I continued this through my adult years. In 2013, I entered National Novel Writing Month (NaNoWriMo) and created the first draft for Mindfire within three weeks, with the help of the Lord. I’ve been writing novels ever since and no longer have the time to make comics.

How do you go about finding names for your characters?
That depends on the novel. If it’s a story based on Earth, it’s not too hard to make up names. But I have a trilogy of novels set on an alien world. That required some online dictionary-diving to make sure I wasn’t making a name that meant something I didn’t intend in some Earth language. I had to make more than a few changes to make sure that didn’t happen.

Besides writing, what other hobbies do you enjoy?
I play electric bass guitar and sing backing vocals with a Christian band called “First Light.” My wife and I have been a part of that band since 1997 (she sings and plays viola and violin).

What is your typical writing day like?
I get up early (anywhere from 4:00 am – 5:00 am) and pray, then study a chapter or two in the Bible, then I write for anywhere from 60 to 90 minutes. Then I help my youngest child, my daughter, get up and ready for elementary school. Then I go to work. If I get more time to write in the day, that’s a plus. But it doesn’t always happen, so I make the best of my mornings.

What take-away value do you want readers to gain from your novel?
In Mindfire, the takeaway value is that Jesus Christ is the first and ultimate superhero. He died on the cross for our sins and was resurrected to bring salvation and hope to the world. We can’t find the answers to everything on our own. We need Him.

What can we expect to see from you in the future?
This summer, Jordan’s World will be released. It is the first book in a Christian science-fantasy trilogy. When Jordan Lewis was seventeen, she and her mother were abducted by extraterrestrials and marooned on an Earth-like world in another part of the galaxy. They were taken in by a tribe of friendly locals but had to start over, learning a new language, culture and more. Four years later, Jordan learns that the beings who took her may be on the other side of this world, she and a few friends set out on a quest to find answers and maybe a way back home. But is Earth really home anymore? And what is the will of God, who reigns over all the universe, for her life? 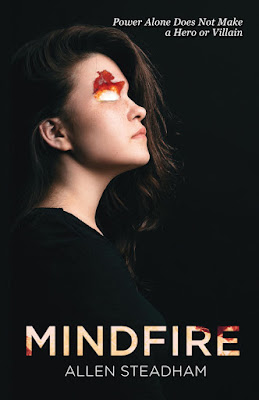 "For unto whomsoever much is given, of him shall be much required." Luke 12:48 [KJV]

Leia Hamilton can move things and set them on fire with her mind.

Leia's father and step-mother tried to hide their past: a time when they were part of a team of superheroes. But despite being disbanded for over twenty years following a series of tragedies, their problems were passed to their children and Leia finds that her future collides with their past.

In the diverse world of human and superhuman, heroes and villains, friends and enemies, some of Leia's choices have terrible consequences. For Leia, this leads to a personal crossroads and a search for redemption.

Not your normal superhero novel, Mindfire isn't about secret identities, costumes, or evil plots endangering the world. Instead, self-discovery and adaptation is at the forefront as the reader follows the lives of the characters who are unafraid to show love and explore spirituality.

Can redemption and renewed grace weather the flames of absolute power and superhuman strength? 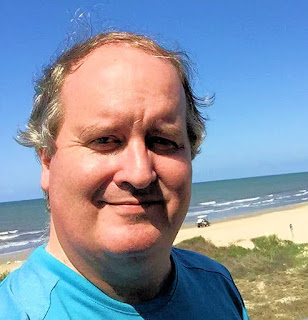 Allen Steadham created comic books and webcomics before he started writing novels. He has been married to his wife, Angel, since 1995 and they have two sons and a daughter. When not writing stories or drawing comics, Allen and his wife are singers, songwriters, and musicians. They have been in a Christian band together since 1997. They live in Central Texas.

The Giveaway:
Allen is offering to give away a free eBook copy of Mindfire to one of my readers of this post. Entering is easy. Just leave a comment below with your name and contact information and your name is in the drawing. Contest runs for one week from today, ending on Friday, May 3, at Midnight, Central Time.