Please welcome author Janet K. Brown as she tells us how she started to write series books.

Fellow author, Peg Phifer, asked me how I came to write series.

I thought about that. I didn’t remember making a decision to write a series, yet here I am on the road with two separate series. Perhaps, series latch onto me.

My debut novel was a young adult, published by 4$V Publishing in 2012.

****At fifteen, Victoria, a city girl, loses her mother’s love and copes with country isolation, no friends and no one who cares, until she meets a ghost.

I loved the idea of the reverse problem, ’s country nemesis moves to the city. Problems arose on its publication. We’re hoping now for a December, 2016 release.

My first women’s fiction, Worth Her Weight, released December, 2014. This was the book of my heart, bringing forth many feelings and experiences that I lived through in previous years as a hopeless, empty-feeling food addict.

****How can a woman who gives to everyone but herself accept God’s love and healing when she believes she’s fat, unworthy, and unfixable? Can she be Worth Her Weight?

I’ll admit that when I reached the end of Worth Her Weight, I had fallen in love with many of the citizens of Wharton Rock, TX. I began to write a second story situated in that town. Lacey, the protagonist of Worth Her Weight, envied her best friend’s marriage and two children, while Lacey couldn’t even keep a boyfriend.

I wrote the best friend’s story. Though even Lacey knew that Joanne’s marriage was strained, who knew that the problem was a pornography addiction? I researched and I wrote. I submitted it to an agent for critique and learned it needed a total rewrite. Then, true to my nature, I laid it aside and began a totally new story.

When I received my first contract in 2011, I had completed ten unpublished novels. Like I said, true to my nature.

After the success of my only non-fiction, so far, Divine Dining: 365 Devotions to Guide You to Healthier Weight and Abundant Wellness, I decided to edit Worth Her Weight and submit it to Pen-L Publishing, the publisher who bought the non-fiction. I began a new novel, but Kimberly Pennell of Pen-L Publishing asked if I’d considered the women’s fiction being a series. I told her, “Yes, I did.” Duke and Kimberly Pennell encouraged me to finish a second book. That was the start of the Wharton Rock series.

Funny thing, instead of rewriting Joanne’s story, I discovered that Lacey’s sister, Katie, had a story to tell. This book released on Sept. 1, 2016. It’s titled Worth Forgiving.

****Prejudice and mistrust hinders an ex-con, drug addict’s new beginning. Could it be that Katie is not Worth Forgiving?

This comment from a fan after starting to read Worth Forgiving gives the real reason for the popularity of series.

Started reading Worth Forgiving last night. It's like catching up with friends you haven't visited with for awhile. Thanks Janet!!!! ~  Brenda Reitsma, reader

So, Peg, thanks for asking. Brenda’s comment is my “why.” I wish to revisit old friends. Funny thing, that happens in real life, too, and my characters are real life to me.

Second in the Wharton Rock Series 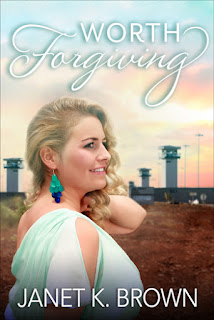 The state of releases from prison Katie Smith. Full of optimism, she sets out to get a job, rent her own place, and make a home for her eight-year-old daughter, but Katie gave away her daughter three years ago. She could use a friend, but her past choices threaten to doom her to continued failure.

Larry Pullman graduated from seminary with high marks, but the fact that he has no wife makes finding a preaching job almost impossible. It doesn’t help that running from God as a teenager gave him a past that he can’t undo. All he needs is an ex-con, drug addict messing up his life, but then why did God lead him to her? Or did He?

Isn’t it enough that Lacey Chandler gave her sister’s daughter a home? Does that mean she has to clean up Katie’s messes forever?


Could it be that Katie is not Worth Forgiving?

“An engaging emotional novel depicting the redemptive power and love of God . . . filled with emotion and drama that will engage you from start to finish. The book depicts the struggles—both internal and external—that Katie Smith faces based on a rocky past that ended up in a prison sentence. It's more than a novel however. This Christian-based work is filled with life's realities and decisions that are made every day. With plenty of twists and turns it brings the reader to the conclusion that no one is beyond the grasp of God's saving hand . . . [it] shares a theme we all face sometime in our own lives—will we forgive others and even ourselves?
“The reader will be headlong thrown in the internal struggle to find peace, clarity . . . and true love. I give it a five-star rating without hesitation.” – Valerie Caraotta, book reviewer

“Janet K. Brown touches hearts and lives of those with addictive personalities. Exposing the core of problems in her characters, she leads her reader to do their own soul-searching, offering encouragement as her characters find their way through trials and personal crises. I highly recommend Brown's WORTH FORGIVING.” – Bonne Lanthripe, playwright, award winning actress, and author of The Ringleader 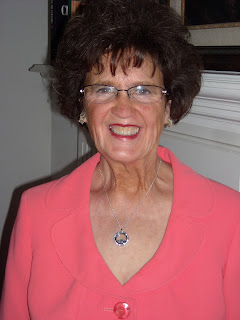 Janet K. Brown lives in with her husband, Charles.
Worth Forgiving, an inspirational women’s fiction, is the second in her Wharton Rock series. Her only non-fiction is Divine Dining: 365 Devotions to Guide You to Healthier Weight and Abundant Wellness.
Worth Forgiving marks Brown’s fourth book. Who knew she had a penchant for teens and ghosts? She released her debut novel, an inspirational young adult, Victoria and the Ghost, in July, 2012.
Janet and her husband love to travel with their RV, work in their church, and visit their three daughters, two sons-in-law and three perfect grandchildren.
Janet teaches workshops on writing, weight loss, and the historical settings of her teen books. The author uses her platform of recovering compulsive overeater to weave stories of hope for addiction, compulsion, or impossible situations.