Christmas in August? Or Victorian England? 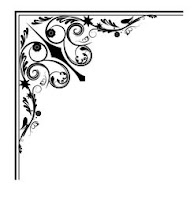 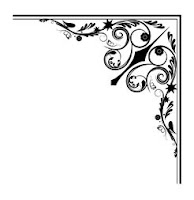 What’s not to love about Christmas?

The lights. The singing. And of course the food!

But do you really want to think about all that during the heat of summer? Personally, I’d rather slap on some flip flops and fire up the grill.

But last August I got a request from my publisher to come up with a Christmas series that would incorporate Charles Dickens in some way. You better believe I kicked off those flip flops, grabbed a scarf, and settled down with a hot cup of tea to ponder what to do.

I’ve always loved Dickens. His characters are memorable. Scrooge, anyone? And his settings are vivid. Charles Dickens used to walk the streets of London late at night just to get the feel of the city. So, I knew I’d have to come up with some intriguing characters in order to keep the story Dickenesque.

The other thing about Dickens is that he brought Christmas to life by describing festivities such as caroling or Christmas dinners. Victorian holiday traditions needed to be woven in to the tale as well, then.

Last, but not least, a mix of what I like to call “what if” needed to be blended in. Dickens always made his readers wonder, so that important element needed to be a big part of the story.

And so, coming your way on September 1st, I give to you Book I in the Once Upon a Dickens’ Christmas titled 12 Days at Bleakly Manor. Here’s a blurb: 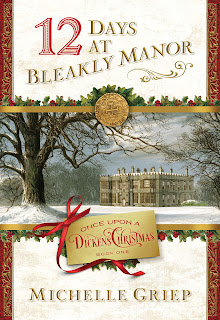 A mysterious invitation to spend Christmas at an English manor home may bring danger...and love?

England, 1851: When Clara Chapman receives an intriguing invitation to spend Christmas at an English manor home, she is hesitant yet feels compelled to attend—for if she remains the duration of the twelve-day celebration, she is promised a sum of five hundred pounds.

But is she walking into danger? It appears so, especially when she comes face to face with one of the other guests—her former fiancé, Benjamin Lane.

Imprisoned unjustly, Ben wants revenge on whoever stole his honor. When he’s given the chance to gain his freedom, he jumps at it—and is faced with the anger of the woman he stood up at the altar. Brought together under mysterious circumstances, Clara and Ben discover that what they’ve been striving for isn’t what ultimately matters.

What matters most is what Christmas is all about . . . love.

Pour a cup of tea and settle in for Book 1 of the Once Upon a Dickens Christmas series--a page-turning Victorian-era holiday tale--by Michelle Griep, a reader and critic favorite. Available for a special pre-order price at Amazon. 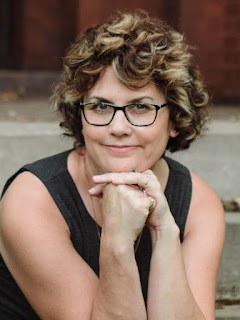 Michelle Griep has been writing since she first discovered blank wall space and Crayola® crayons. She is the author of historical romances: The Captured Bride, The Innkeeper’s Daughter, 12 Days at Bleakly Manor, The Captive Heart, Brentwood’s Ward, A Heart Deceived, and Gallimore, but also leaped the historical fence into the realm of contemporary with the zany romantic mystery Out of the Frying Pan.
If you’d like to keep up with her escapades, find her at www.michellegriep.com or www.writerofftheleash.blogspot.com or stalk her on Facebook, Instagram, Twitter, or Pinterest.

Posted by Peggy Blann Phifer at 2:30 AM