Connecting the Dots of a Disconnected Life 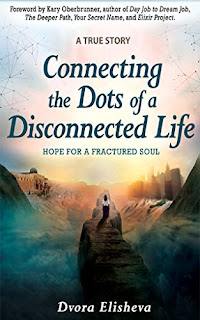 I’m always amazed by people’s reactions to my book. I have my book on display in my office at work, and recently I had my book on display for sale. While not everyone buys my book, I have seen everyone do a double-take, stop and really read the title. From there, they read the back cover copy, and then, a few talk to me and a few purchase it.

Connecting the Dots of a Disconnected Life: Hope for a Fractured Soul is the story of my life, but non-typically written in the hope of drawing the reader into the pages of my book quickly with the goal of showing them an amazing God working in the life of a very human being—me.

I had wanted to write a book since I was a child. I recall various attempts in school writing rather improbable stories that graduated into Sylvia Plath-like poetry. The latter so much so that I remember one of my teachers pulling me aside and asking me if there was anything I needed to share about life with her. Was I OK? Was I depressed? But she came on the scene many years too late for me to respond in any way other than, “I’m fine, you asked us to write a poem like Sylvia Plath, and I did.”

Years later, when I was in therapy, I wrote hundreds more poems and a play, Fractures of the Soul, which rather graphically depicted the dissociation and fractured world in my heart. I remember my therapist saying I should publish it. I thought to myself, never.

Years later, with progressing wholeness in my heart, at the age of 52, I met my future husband via the Internet. We married in August of 2010—the wedding of my dreams with all of my Messianic congregation and dozens of people from work, and more, outdoors on Mount Carmel, outside of Haifa, Israel.

The 7-year anniversary of Rich’s death was just a few days ago, on August 16. He died of a brainstem stroke after 3 weeks on a respirator, able to communicate only with his eyes.

I was heartbroken and a year later I returned to Israel.

Sometimes I wrote, but more often I didn’t. But the hunger to write grew and finally I did a NaNoWriMo challenge in November of 2014. I wrote an abbreviated chronicle of my childhood, focusing mostly on a trip to China in 1995 and my work in the Chinese Church in Israel for the past 20 years or so.

I gave the draft to a friend of mine. She read it, returned it, and said, “Nice, but it’s not finished.”

In the background, the Holy Spirit was working on my heart, urging me to write my story—all of it—including a shorter version of Fractures of the Soul. Lay myself bare and open like that? Reveal what had really happened? Tell the real story of my childhood, my parents, the things that happened, my struggles with faith, sexuality, spirituality, and more? Could I really do that?

Over and over I felt the Lord’s urging. But I was terrified. Into that picture, I found a writing coach, Kary Oberbrunner. After much prayer, I joined his program, Author Academy Elite, and made a commitment before God to write my story.

Kary confirmed what the Lord had been ministering to my soul. Just write your story first, don’t worry about what you are writing, just write it and then you’ll know what to do with it.

I still struggled with how much to reveal about myself. I recall one day praying about it, and felt the Lord reminding me of all the people in the Bible. Were their sins hidden? And what encouragement or instructions would I have if Abraham, Moses, Ahab, or David, Nebuchanezzer had just been story-book pictures of perfection or total evil?

I realized that sin could not be hidden, but had to be revealed. Nevertheless, scripture does not go into the gory detail that many of today’s writers give—every look, nuance, physical x-rated detail, blood and guts—although these surely must have been part and parcel of the Biblical battles or David’s adultery.

Encouraged, I continued to write. Truthfully, I had no idea where I was going when I began writing, or how my book would end. However, the more I wrote, the more I began to see a developing pattern. Each account of my life was like a disconnected dot of a picture. It belonged there, but how and when would it connect?

By the time I had finished my story, I had found connections and healing I hadn’t even been aware I needed! And the picture I’d drawn was more of the overriding love of God throughout my life than of the hopeless and desperate mess I had thought I was. A story of overcoming that I hoped and prayed would encourage anyone struggling with a dysfunctional upbringing, messed up theology, abuse, or the deepest of griefs.

Based on the book reviews, I believe I achieved my goals. I continue to pray that God will use my book to encourage others to find the Hope and Overcoming Victory He wants us all to have—one day at a time—in Him.

Connecting the Dots of a Disconnected Life was published by Author Academy Elite in 2016 and is available wherever books are sold, including Amazon.com and BookDepository.com, or you can purchase it directly from me—shipped or emailed from Israel! 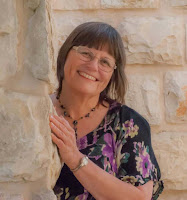 About Deborah Hemstreet (aka Dvora Elisheva)
Dvora writes under her Hebrew name, Dvora Elisheva. She has spent more than half of her life in Israel. Professionally, Deborah has been a nurse (LPN), holds a BA in Special Education, and an MA in Technical Communication. Currently she is the English Communications Specialist at Rambam Hospital in Haifa, Israel—the largest hospital in northern Israel. She is actively involved in representing the hospital to the Christian community. Dvora blogs regularly and loves to share the Hope of Jesus (Yeshua) with others.

Dvora came to Israel in 1982, and other than for a brief period of time (2007–2011) has lived there ever since. She married for the first time in 2007 and relocated to the USA, she thought forever. However, God had different plans and in 2010 her husband Rich died, and in 2011 she returned to Israel to live. She has five step-children, seven grandchildren, and three Chinese godchildren.

Posted by Peggy Blann Phifer at 2:30 AM