“Two Minutes? I have two minutes and that’s all it takes to remove fifty-one years of child, marriage, job, stress ... induced wrinkles! You can tell by the results; the faces look pathetic in the before pictures and amazing in the after pictures!  And the wrinkle-free me will last for up to nine hours. If I hide out until noon, and watch TV after nine pm, I’ll look fabulous and I won’t be wasting any of my miracle cream! The best part is, I only have to pay $5.99 for the sample!”

So my friend took them up on their amazing Facebook offer and counted down the days to the arrival of her packages. Yes, packages. What could possibly be better than a sample of an amazing serum? Two samples of amazing serums. She could compare the results and decide exactly how young she wished to look. Perhaps she could even double up and look like a new-born babe.

The first box arrived. No company logo, no packing slip, and no paperwork for re-ordering. The one ounce container was plain for such huge promises, but miracles can be found in the most unexpected places. And don’t forget, it came with an eye cream promising to remove every bit of darkness and puffiness known to man or woman!

The second box arrived. Same thing, boring containers and no contact information.  My friend was undeterred, new skin awaited! Undeterred, that is, until she received her credit card bills. Apparently in the fine print, the ad says the sample costs only $5.99 IF you return it within fourteen days (less the eight days it took to arrive, giving you six days to return the sample.) If not, the cost of your sample is a mere $350.00. And out of the kindness of their hearts, the company will send you a new sample every thirty days for another $350.00. My friend now owed $700.00 dollars to the first company, and $400.00 dollars to the second one.

I must admit, I was tempted to sign up for my own free sample when I saw the remarkable results while I was researching for this post. My friend says the cream doesn’t work – not for a minute, let alone nine hours.

I guess I’m stuck with my wrinkles, but at least they’re free!

“Charm is deceitful, and beauty is vain, but a woman who fears the Lord is to be praised.” Prov. 31:30 ESV 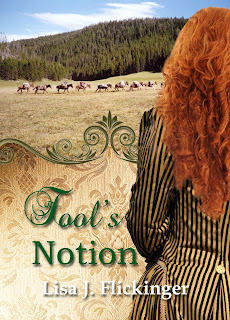 Missouri mules were the best. Alda grew to love the creatures working side by side with her pa on their farm along the banks of the Missouri River. He would be hopping mad when he realized his wife and daughter colluded behind his back to sell a pack string. It wouldn’t matter that they were trying to save the farm.
Alda struck out on her own to drive the team over fifteen hundred miles. By day three, her lead mule Bessie refused to take one more step. It was a good thing the handsome cowboy Cord stopped by to lend a hand or Alda might still be sitting in the dust.
Now, Alda needed the man to move on so she could continue her journey. Judging by the spark in Cord’s eye … it just might take some convincing.

Fool’s Notion is a new release  by Forget Me Not Romances, September 14, 2017, and the purchase link is   http://amzn.to/2kQvWus 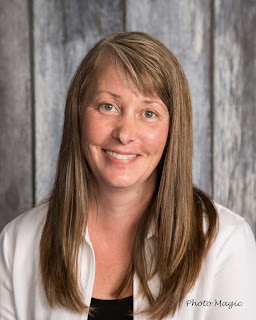 Lisa J. Flickinger, author of historical novels Ella, and All That Glitters, lives and writes from the cliff of a river along the majestic Rocky Mountains. When not writing or reading, you will find her scouring antique shops or sipping a maple latte with friends and family.

Have a wonderful week!
Posted by Peggy Blann Phifer at 2:30 AM