A Blurred Future
by Tanya Eavenson

Recently I was asked to share what inspired my new story To Gain a Mommy. It might surprise you, but my inspiration behind this story isn't what most people would think of, it was actually a prayer.

Several months ago I was asked to take a great position at the company I work for, but the catch was I'd barely have time for my family. So I prayed. In that prayer I asked God for direction for my family, my job, and my writing.

I love how God knows us.

He KNEW I had a desire to be a part of a boxed set of stories, working with other authors, and to write my first novella because without a push, I wouldn't have done it.

It all began by a simple post on my FB timeline. Someone posted to say that they had messaged me but wanted to let me know since FB has a couple of message boxes.

I didn't know this! I clicked on messages and there it was, the extra message box, filled. As I read through them, I had a message asking if I'd be interested in joining the boxed set Kisses, Kids and Bundles of Joy.

He answered my prayer! So, needless to say, I didn't take the position and through this boxed set, I’ve become an Amazon Bestseller and an International Bestseller in three countries. Isn't God good!

Is there something you’re praying about? Trust in the Lord and He will direct your path. 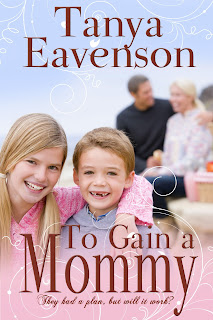 Excerpt from To Gain a Mommy
Chapter One
Carl McGuire smiled and shook his head as his eight-year-old son, Brody, held the sheer curtain and stared out the window at some poor, unsuspecting woman across the street.

Brody pointed, excitement dancing in his wide eyes. “Did you see the dog? He was standing by the palm tree a minute ago.”

“No,” Mary huffed, moving her younger brother to the side, swiping the tan fabric from him. “What does she look like?” She followed his stare out the window.

“She’s golden brown. And how do you know the dog is a girl? You can’t tell from here.”

“I’m not talking about the dog. The lady. What does she look like?”

“Who cares about her? Look at the dog.”

Carl leaned back in his desk chair, setting his phone down. The woman had no idea what she was about to encounter being their neighbor, but if she did indeed own a dog, she’d find out soon enough. Perhaps he could go over and warn her before it was too late. “Why don’t you give our new neighbor some privacy?”

Mary perked up and turned from the window. “I have a better idea. Why don’t we go over and say hi? It’s the neighborly thing to do. Love your neighbor as yourself, you always say.”

How conveniently she recalled scripture when it suited. Only last week she totally ignored his comment to ‘obey your parents.’ Even if there was only one parent, it still applied.

“Yeah, dad!” Brody pushed past his sister to stand near the door, so if Carl agreed, he’d be the first out. “I’m sure she’ll let us play with her dog while she moves her stuff from the truck.”

Carl had actually thought about going over to introduce himself and his children when the moving truck had first pulled into the driveway earlier that day, but several phone calls later, the fire department’s fundraiser was finally underway. As captain, he had an obligation not only to the townspeople and their safety but also to raise money for needed improvements to the fire fighters’ “home away from home.”

He glanced at the list of numbers he still needed to call. “Maybe tomorrow. We can take some cookies or something.”

“But Dad, it’s a golden retriever.”

As if the breed of the dog would change his mind. “Sorry, buddy. I still have too much to do.”
Mary released the curtain. “She has blond hair, but that’s all I could tell.” She rounded the couch and plopped down in the recliner. “You know, if you’d just get him a dog, it might cure his dog fascination.”

“Thank you, Mary. I’ll keep that in mind.” Even though his daughter stayed silent, he sensed she wanted to say more but held her tongue, something she’d been doing more often lately.

Being a single parent wasn’t easy, but he’d always known where he stood with Mary and what was on her mind. Now he wasn’t so sure and it bothered him. She’d be a teenager in less than six weeks and was growing up much too fast. Every day he’d been noticing little things that reminded him of Faith, memories of what he used to have before she was taken in a hit-and-run. Some days like today were painfully real.

“…are you listening? We’re hungry.”

Carl blinked twice, pushing his thoughts away as he glanced at the time on his phone. “What do you want to eat?” He stood and slid his cell into his pocket.

Mary linked her arm through his. “Can I go to Tiffany’s house Tuesday for a sleepover?”

Brody ran past them into the kitchen and opened the freezer. “I thought we’re going to Grandma’s?”
“You are. I’m on shift.” He patted his daughter’s hand as it slid from his arm. “Maybe next week.”
“Why I can’t go? I’m a teenager now. I can take care of myself. Besides, it would be easier for Grandma if I wasn’t there. One less mouth to feed.”

“You know how I feel about staying together while I’m on shift. I don’t have to worry about your safety. And besides, Grandma fixes us food regardless or sends it home with us. Speaking of”—he opened the refrigerator—“are you in the mood for leftovers?”

Brody yanked out a pizza. “How about pizza?”

“Not pizza again.” Mary sank to a barstool. Her lips protruded slightly into a pout.

“Okay.” Brody stuffed the pizza back in the freezer and held out two more options. “We have pizza rolls or pizza pockets. I like either one.”

Carl chuckled, swiping his wallet and keys from the counter. “Grab your shoes. We’ll get something to eat.” He went into his room and put on his running shoes, but as he was walking out, the picture of Faith on his dresser caught his eye. The ache in his chest dimmed over the years, but never quite vanished. She gazed back at him, her smile brilliant. Breathtaking. And a mirror image of—

He shook his head to focus on the present and his two hungry children. Walking back into the living room, he yelled, “We ready?” The front door was open. They must be waiting for him by the truck.
In an instant, an ear piercing scream cut through the air, straight down the center of his heart.
Mary. 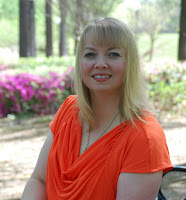 Tanya Eavenson is a bestselling and an award-winning inspirational romance author. She enjoys spending time with her husband and their three children. Tanya is a member of American Christian Fiction Writers and Word Weavers International.

Her favorite pastime is grabbing a cup of coffee, eating chocolate, and reading a good book. You can find her at her website http://www.tanyaeavenson.com/ on Facebook, Twitter, Goodreads, Google, or on Amazon.
Posted by Peggy Blann Phifer at 1:00 AM